The era of power supplies is over. Recently you can charge tablets, phones, and even laptops with a small charger that fits in any pocket. This is also the Baseus 65W charger that allows you to charge 3 devices at the same time. The device supports most of the fast charging protocols, and with its partial use of gallium nitride it is resistant to high temperatures, has high strength and resistance to radiation.

Made of gallium nitride, it was possible to reduce the size of the charger by 30% compared to other 65W chargers. The device can easily fit in your bag or pocket, so taking it with you is no problem. 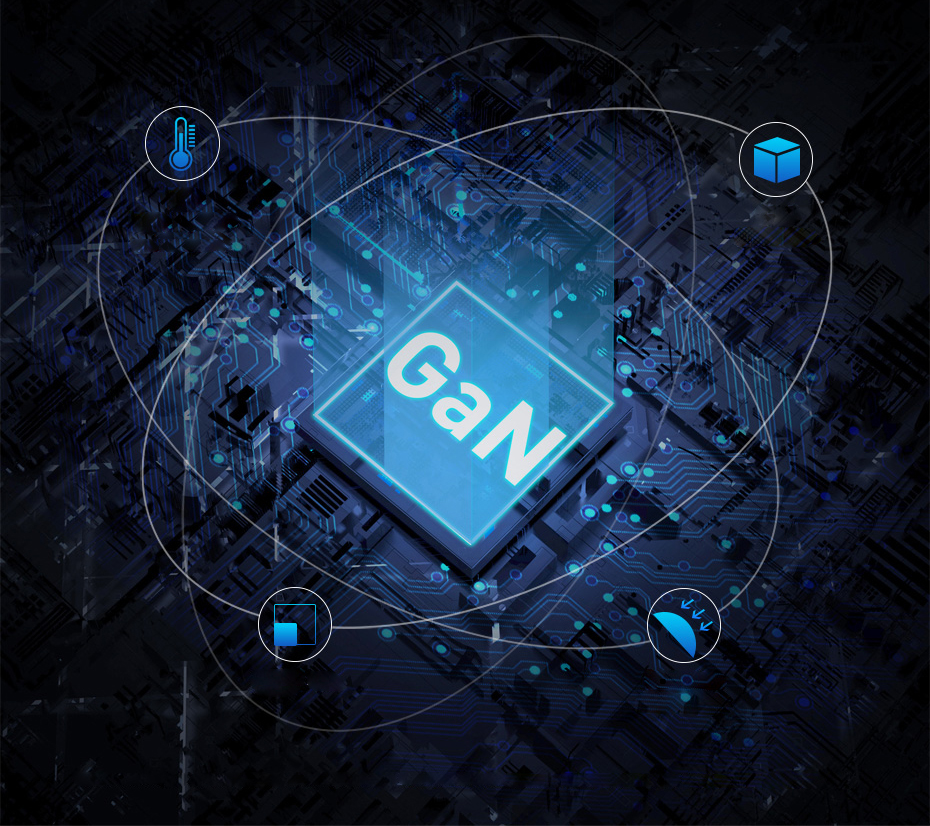 With 65 watts of power, you can charge your MacBook Air (13-inch) in just an hour and a half. With Quick Charge SCP/FPC, Huawei phones can be charged at 5A. This enables 60% of the battery to be charged in just a half-hour.

The charger can be used to power tablets, phones, laptops, Nintendo switches, fans, humidifiers, headphones, and many other devices. One charger, many applications. 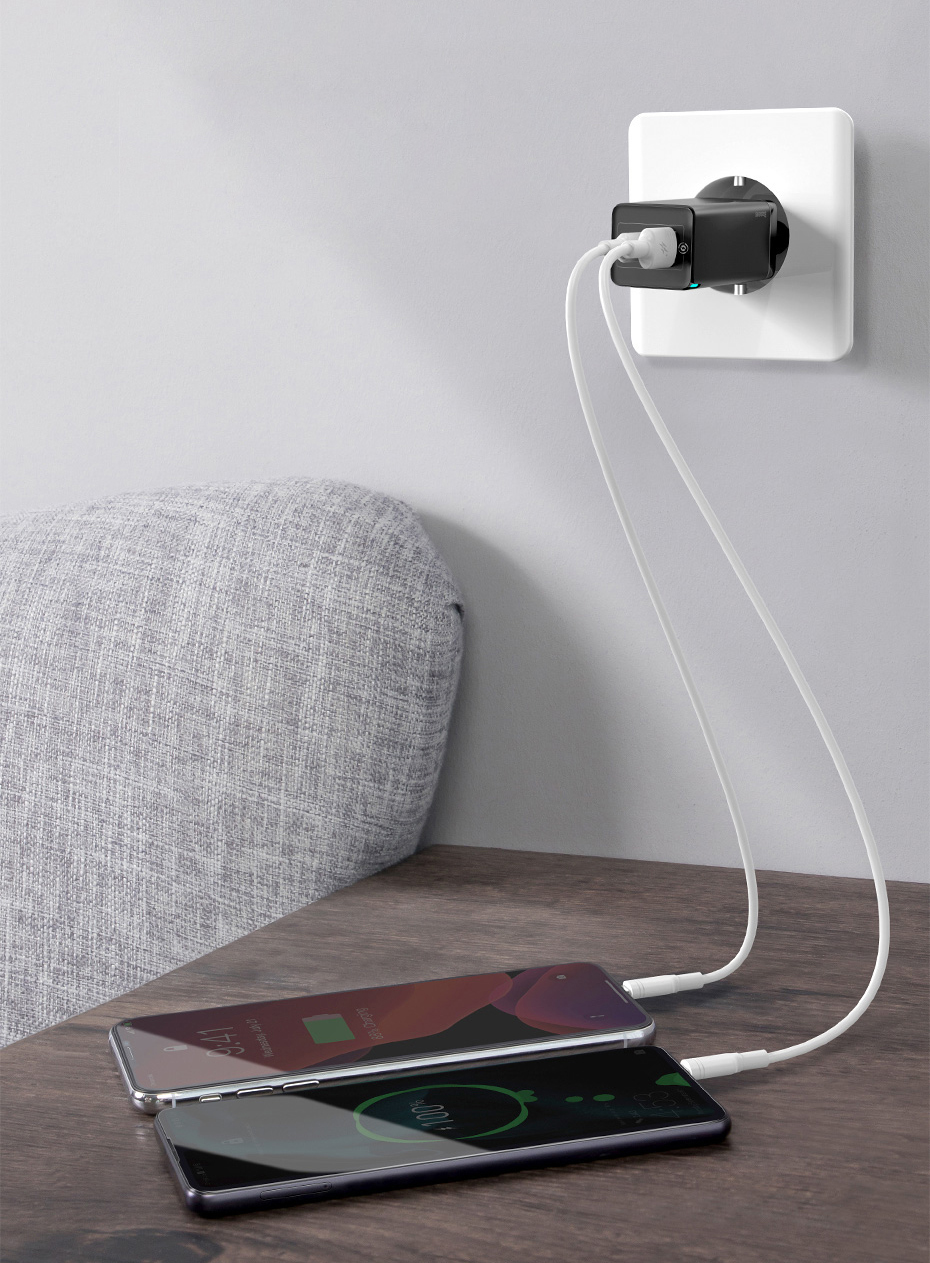 The charger has a built-in intelligent chip which, using BPS technology, adjusts the voltage and current to the connected device, protecting it from damage. 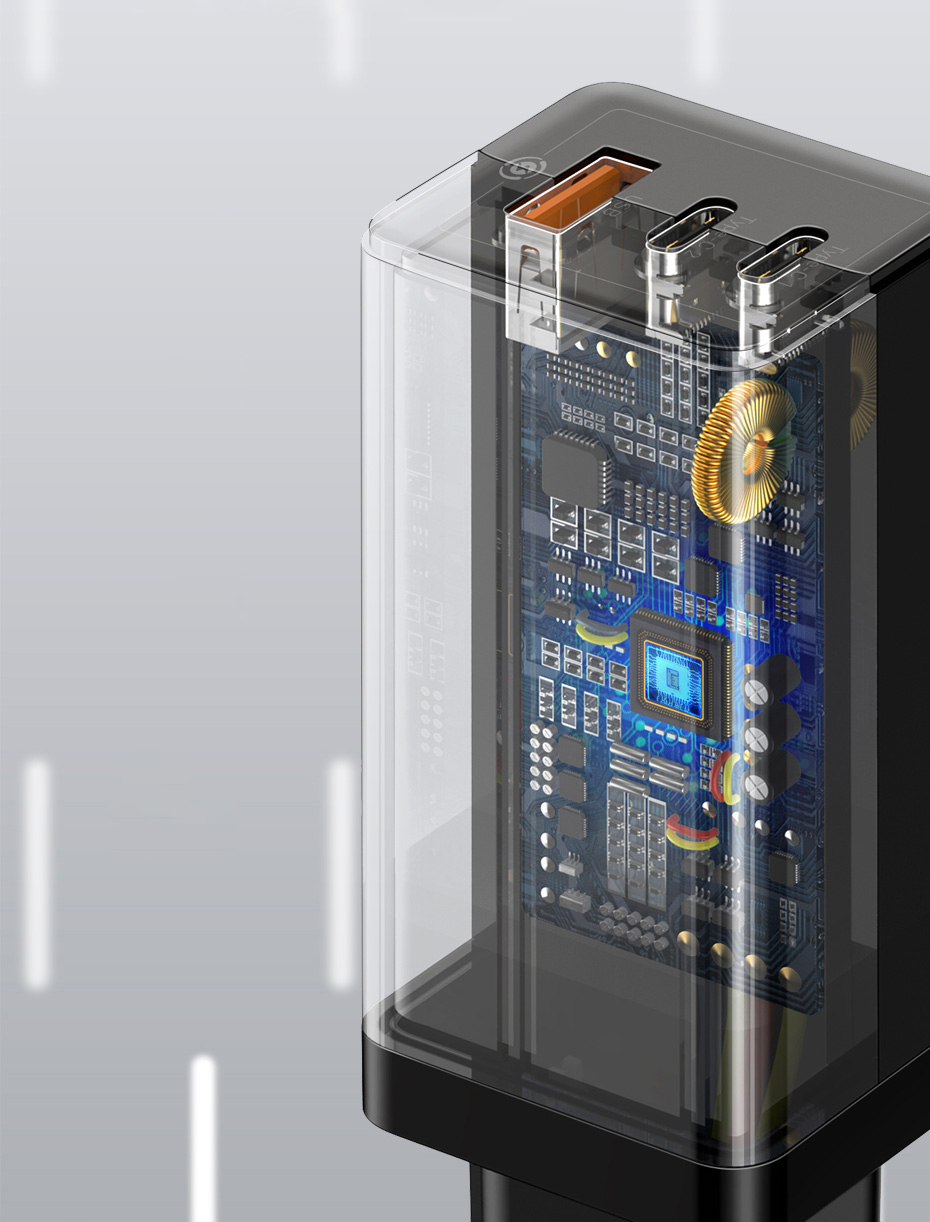 Whether we're in Asia, Europe, the United States, or Australia, the charger supports all voltages to ensure functionality in different parts of the world. 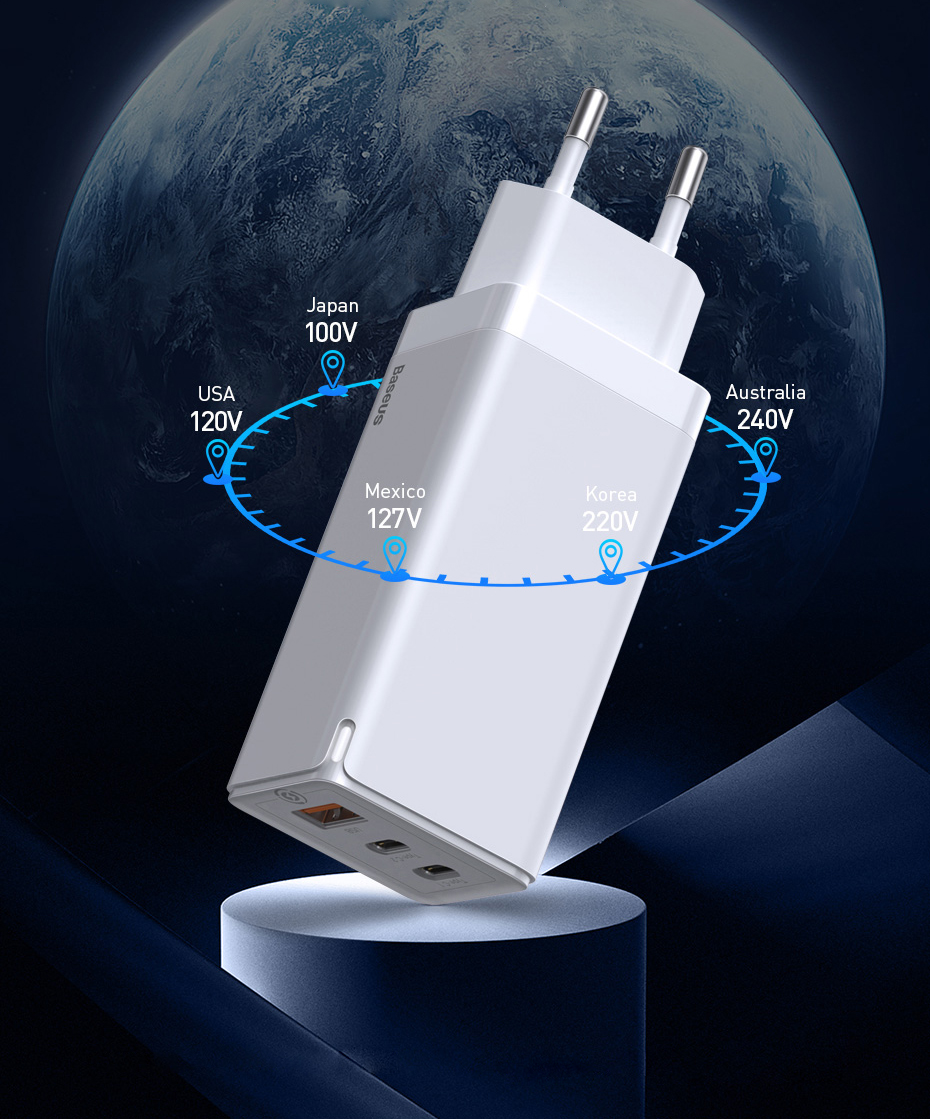